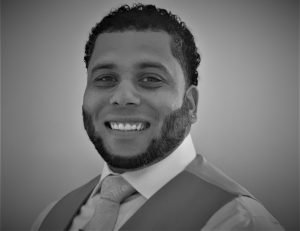 William Byrd is honored to have had the opportunity to execute multiple years of successful thought leadership to include operations, program/contract management, team building, profit/loss, and budgeting in support of the development of capabilities to multiple United States (US) national security objectives.  Mr. Byrd brings with him over nine years of program management and talent acquisition experience.  Mr. Byrd began his career in 2007, where he designed and implemented innovative recruitment strategies that delivered for his government customers. Early in his career, he was tasked with mobilizing and managing a large IT workforce tasked with updating/refreshing over 3,000 Army Corps of Engineers (USACE) workstations nationwide. In 2009, Mr. Byrd joined Engineering Management Support, Inc., as Deputy Director of Business Development, where he was focused on capture management with a concentration in opportunity identification, proposal writing, and proposal management.  In his current role as Director of National Laboratory Programs at Odyssey Systems Consulting Group, Mr. Byrd operates the National Laboratory Division and serves as a key member of Odyssey’s corporate leadership team. Under his management, the division is executing 5 contracts in 4 states with a combined ceiling of $42M. Mr. Byrd’s responsibilities include direct bill support, indirect management, organically growing technical capabilities and managing the structure, process, and procedures to control operations and changes to performance objectives for complex technical requirements to further the mission of federally funded projects that include support to the development of Advanced Optical Communications, Satellite Communications Systems, Software/Systems Development, Satellite Location and Tracking, Radar Systems, Laser Systems Technology, Advanced Air Defense Systems, Adaptive Optics and Decision Support Systems. Mr. Byrd looks forward to continuing his support of the US Federally Funded Research and Development Centers and Defense community as well as working with industry partners to further the innovation and asset proficiency being delivered to our warfighters.