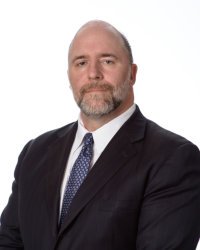 Gerard Lorden has worked for Morgan Stanley for over 30 years.  He formed the Lorden Burns Group at Morgan Stanley in Boston which delivers highly customized risk and asset management solutions to wealthy individuals, families, as well as private and public corporations. He and his team focus on Defense, Aerospace and Homeland Security centric organizations and individuals.

In addition to creating the Group’s investment philosophy and overseeing the macroeconomic strategy, Gerry works with holders of concentrated equity positions on hedging, diversification and monetization strategies.  He and his team focus on Defense and Homeland Security centric organizations.

Outside of Morgan Stanley, Mr. Lorden is a very active member of the community.  For the past 20 years, he has served as an Executive Board Member of WorldBoston, a 60 year old, Nobel Peace prize nominated(2001), non-profit organization which administers the State Department’s International Visitor Program.  The organization’s mandate is to create global citizen diplomacy in the areas of politics, business, law, academia and more.

Mr. Lorden has also been an active member of the Massachusetts Anti-Terrorism Task Force, Public/Private Partnership since 2001 and was instrumental in developing the initial mission statement.

In 2005, Mr. Lorden was selected to serve on the Independent Review Team for the US Army’s Venture Capital Initiative known as Onpoint.  He currently serves on the board of the National Defense Industrial Association and has been a panelist for the Department of Homeland Security 2008 DHS Stakeholder’s conference.  Most recently, he was nominated and accepted into the distinguished Military Order of the Carabou, founded in 1900.

He is a graduate of the Boston College Carroll School of Management with a concentration in Finance.  His passions include education, survival camping and global citizen diplomacy.  He lives with in Milton with his wife of 25 years Janet and his twin daughters Alisa and Vanessa.