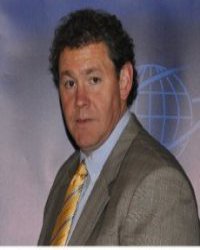 Michael Sweat is the owner of Chapter 24 Consulting, where he coaches, consults and mentors on a variety of ventures and projects.

From May 1997 to December 2015, he served as Chief Executive Officer and Chairman of Odyssey Systems Consulting Group, a highly respected, trusted advisor to Government agencies, primarily focused upon technology services for defense and homeland security. Under Mr. Sweat’s leadership, Odyssey grew from two to over seven hundred employees worldwide with revenues in excess of $85M.  Odyssey was named to the Inc. 500 in 2005 and four times to the Inc. 5000 list of fastest growing companies in America.

Prior to co-founding Odyssey, he served for five years as a civilian employee of the U.S. Army specializing in supply chain and financial management. From 1987 to 1997 Mr. Sweat managed the acquisition, development, qualification, production, deployment and sustainment of major command, control, communication, intelligence, surveillance and reconnaissance (C3ISR) systems for the U.S. Air Force, joint service and allied partners.

Mr. Sweat continues to serve on the Board of Directors of Odyssey Systems Consulting Group, on the Board of International Development Group, a DC-area firm focused on USAID projects, on the Board of the National Defense Industrial Association’s (NDIA) New England Chapter, and as Treasurer of NDIA NE.  Mr. Sweat is a 1982 graduate of Providence College with a degree in Economics. In 1989, he received a Master’s degree in Business Administration from Western New England College with a concentration in Acquisition and Contracting. In 1996, Mr. Sweat graduated from Harvard University’s Kennedy School of
Government with a Masters in Public Administration with a focus on International Trade and Finance.