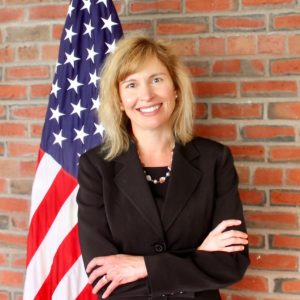 Since June 2018, B. Stephanie Siegmann has been the Chief of the National Security Unit of the United States Attorney’s Office of the District of Massachusetts. In this capacity, she supervises the prosecution of all national security-related matters in Massachusetts and works closely with the FBI’s Joint Terrorism Task Force (comprising numerous federal, state, and local law enforcement agencies) in identifying, mitigating, and disrupting national security threats. Ms. Siegmann has over 18 years’ experience investigating and prosecuting national security matters involving, among other things, international terrorism, domestic terrorism, terrorist financing and money laundering, violations of U.S. export laws and sanction regulations, espionage, misuse and mishandling of classified information, suspected theft of intellectual property, national security cyber-intrusions and cyber-related threats, and FARA/acting as an agent of a foreign government offenses. Prior to joining the United States Attorney=s Office in 2003, Ms. Siegmann worked as a litigation associate in private law firms concentrating on intellectual property matters. From 1997 to 2001, Ms. Siegmann served as trial counsel in the Navy Judge Advocate Corps from 1997 to 2001. She resigned her commission as a Navy Lieutenant after prosecuting more than 70 cases involving crimes such as murder, rape, computer crimes, fraud, child abuse, and drug offenses.