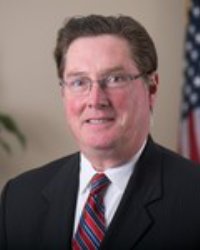 Brigadier General (Retired) Jonathan E. Farnham – “Jon” – joined the Business Development team at Liquid Measurement Systems, (LMS) in the fall of 2013. Jon assumed the duties of Operations Manager in July of 2014 and has subsequently assumed the duties of Chief Strategic Officer effective January 4th, 2016.  Jon is responsible for Strategic Business Development. He most recently had direct supervisory responsibilities for Program Management and Innovation activities. Jon is a graduate of the University of Vermont and received his commission there in 1981. Jon served at every level of command, as an Army Congressional Fellow and is a graduate of the United States Army War College at Carlisle PA with a degree in Strategic Planning. Jon served full-time in the Vermont National Guard for 34 years both in uniformed and civilian service.  Among many numerous and varied assignments, Jon served as Director of Human Resources, Army Chief of Staff, Vice Director of the Joint Staff and Director the Joint Staff prior to his retirement in March of 2011. In 2010, Jon served at the International Joint Command Headquarters in Kabul Afghanistan as the Director of the Afghan Develop and Assistance Bureau which was responsible for overseeing Afghan Army and Police development issues.  Jon brings in-depth experience in management and administration at the senior level to LMS and its customers. Jon currently serves on the Board of Directors of Revision Military Technologies, LLC and is Secretary of that company’s Government Securities Committee.  He is President of the University of Vermont Army ROTC Alumni Association. He serves on the Board of Directors, National Defense Industrial Association, New-England Chapter. Jon was elected the National Guard Association of the United States, Corporate Advisory Panel in September in 2016 and began serving a three year term in December of 2016. He is a life member of the Veteran’s of Foreign Wars, member American Legion, Life Member, Association of the United States Army, retired life member National Guard Association of the United States, life associate member Enlisted Association of the United States, life member Military Officers Association of America.  He is also a member of the Army Aviation Association of America, American Helicopter Society, the Helicopter Association International and National Business Aviation Association. In September 2017, Jon received the National Guard Association of the United States (NGAUS), Patrick Henry Award the NGAUS civilian counterpart to the Distinguished Service Medal for outstanding and exceptional service to the Armed Forces of the United States, the National Guard and NGAUS.