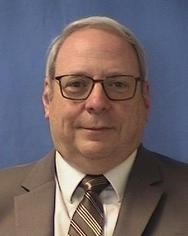 Jay Lustig, Maritime Domain Business Operations Manager, joined MITRE Labs in August 2021. A newly created position to assist in the acceleration, innovation, and collaboration both internally and externally across multiple domains and all of MITRE’s FFRDCs. Currently his primary focus is to advance awareness and cooperation within New England’s BlueTech economy and MITRE’s new BlueTech Lab.

Jay began his career in the defense industry as Business Development Manager with Scientific Solutions, Inc.  Lustig was the primary company contact with all sponsors and with multiple congressional delegations.  He became COO at Scientific Solutions in 2014, and in 2017 became President and CEO.

Prior to joining MITRE, Lustig served as a program manager at BAE Systems Fast Labs focusing on maritime sensors and unmanned underwater vehicles. Jay also participated in acquisitions, proposals and numerous programs in the Maritime Sensors and Technology Department. Jay was an NDIA New England Board member in the early 2000s as well as serving on the National NDIA Small Business Board where he ran two National Small Business Conferences.