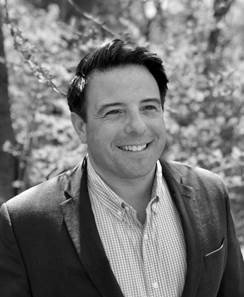 DoD Cloud IaC is the first government product offered in a Cloud Service Provider Marketplace and the first IaC baseline with an Authority To Operate (ATO) in the DoD that supports a decentralized cloud computing model with common controls to expedite mission application Assessment and Authorization (A&A). DoD Cloud IaC has been featured in magazine articles, including Breaking Defense, FedTech, and Fedscoop.

Lago performed the same role within the Cloud Computing Program Office (CCPO) before its merger with other DISA components to become the HaCC. Lago started his work on DoD Cloud IaC while at CCPO and supported other cloud acceleration initiatives, including the development of a cloud task order tool to significantly reduce the time between task order execution and the provisioning of a user account and environment.

Prior to this role, Lago served as a civilian at the Office of Naval Intelligence (ONI) for five years leading cloud and devops initiatives. Lago also has thirteen years of experience as a contractor for Booz Allen Hamilton, BAE, and other consulting firms supporting various defense customers on mission system deployments, cybersecurity, IT strategy, and enterprise architecture.

Lago holds a Master of Science degree from Johns Hopkins University in Systems Engineering and a Bachelor of Arts from James Madison University with a major in Computer Information Systems.